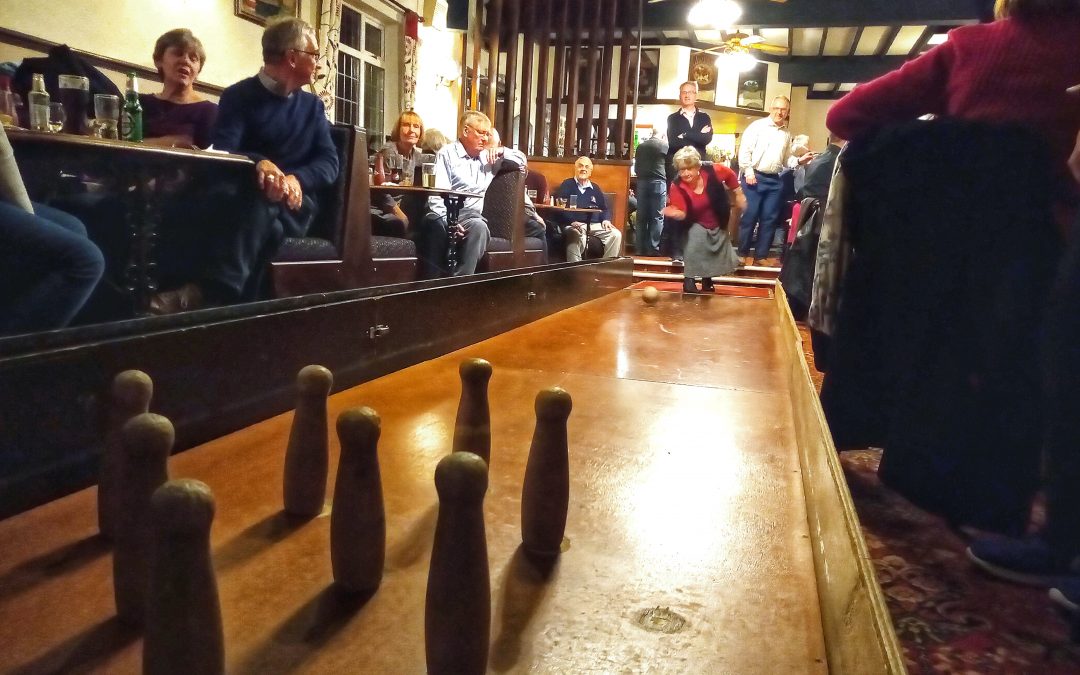 47 Brothers and Ladies including two children from Kenilworth, Leamington Spa, North Warwickshire and Solihull Circles gathered on a very wet Friday evening the 18th October at the Navigation Inn Wootton Wawen for an evening of skittles. Inside there was a wood burner which, with the intensity of play, became very cosy.
All those attending played three rounds with a pub supper in the middle of play. The order of play, scoring and recording was ably carried out by Brother John Byrne and Brother John Clarke both of North Warwickshire. Daniel and Jacob Hill from Kenilworth were kept busy as pin boys throughout the evening and were rewarded with a box of chocolates each for their hard work.
The winning Brother was Rex Marfleet of Solihull Circle and the winning Lady was Sue Clarke of North Warwickshire. The calculation of the winning Circle required precise mathematics to be employed due to the difference in the numbers attending from each Circle. After much consultation Leamington Spa were announced the winners and Brother Paolo La Barbera accepted a bottle of wine on behalf of his Circle.
It was agreed that it was an evening to be held again at the Navigation Inn and that if more skittles playing Circles were involved, this could evolve into some form of knock out competition. Brother Bede Hayes of Kenilworth Circle will be contacting those Circles known to already play skittles, but if any other Circles would like to join in please contact him.