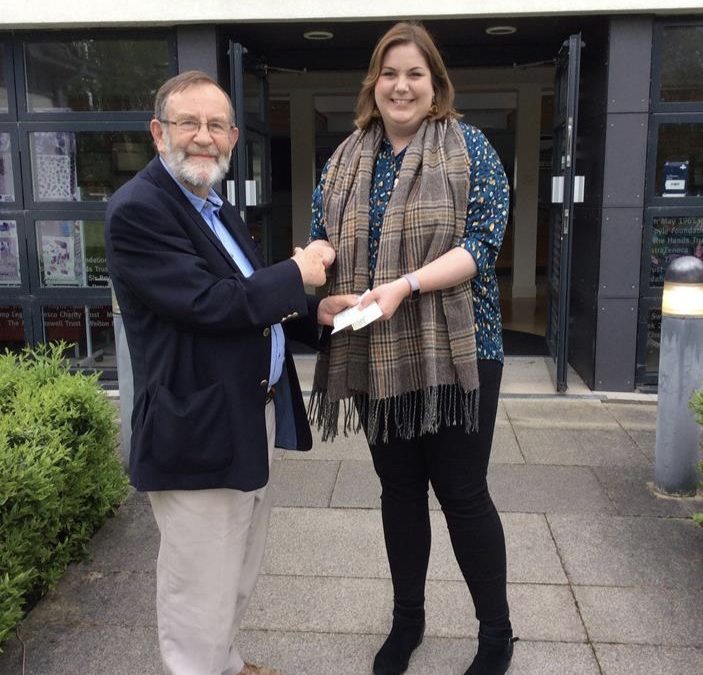 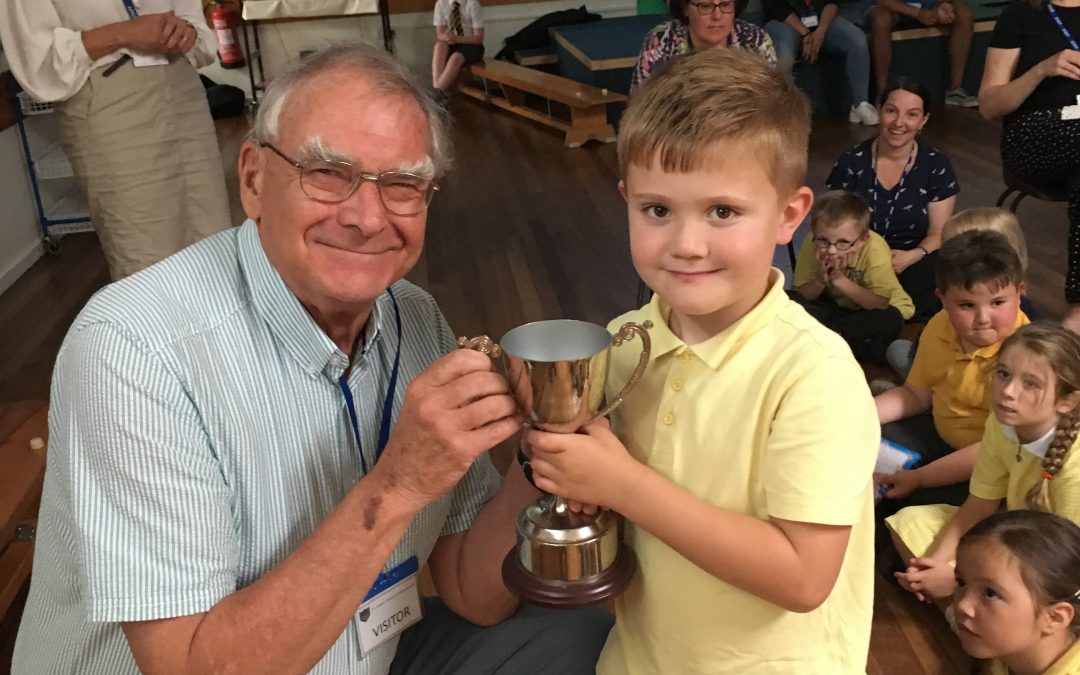 Last week Brother John Duddington, former President of Malvern Circle, distributed the prizes to award winning children of St Joseph’s school Malvern including prizes for regular attendance and most improvement during the term. In attendance on the day were the school Head, Mrs Therese Langford and staff, several parents and all of the school children. The awards included a silver trophy and £10 vouchers to be spent by award winners. This is now a regular contribution by the Circle to the life of the school as well as a programme of talks by Circle members on their various careers which will hopefully give the children some inspiration as to future career options. 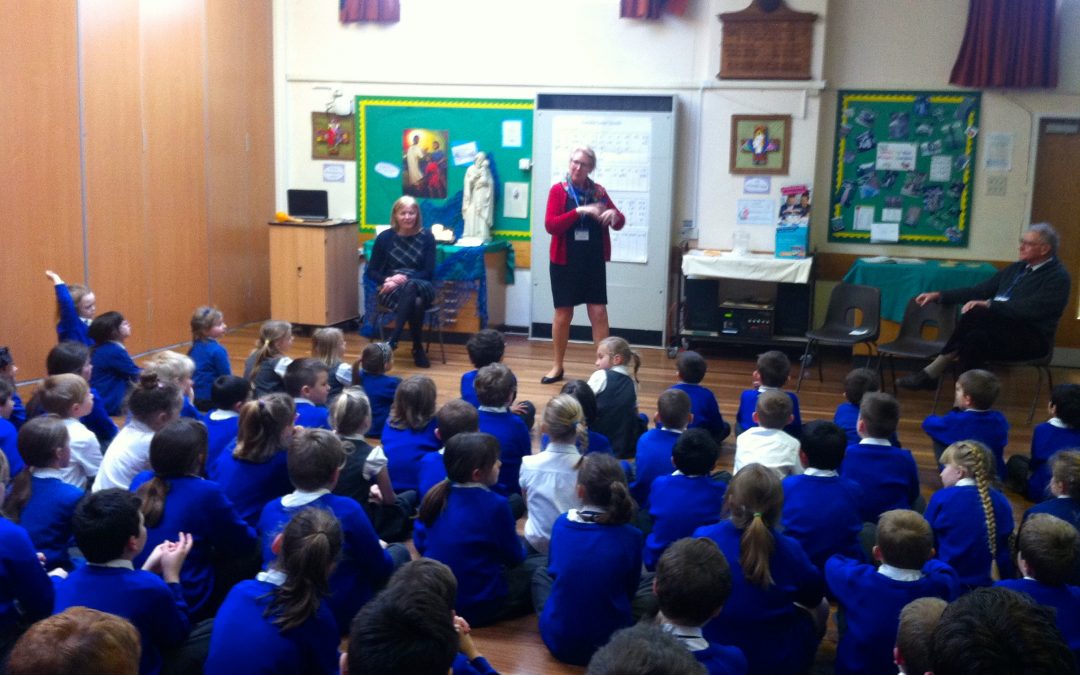 With the permission and endorsement of the school Head, Malvern Circle has embarked upon a kind of publicity exercise which involves members of the Circle and/or their wives giving short talks at the local (St Joseph’s) Primary School on the topic of their profession or job experiences or points of interest to the younger generation in working life. So far we have covered careers in medicine, the law, engineering, music, tourism and languages and so on. This programme of talks was introduced by Past President John Duddington. It is hoped that the talks will be of interest to parents also and thereby help to spread the word about who the Catenians are and what they do. In addition to this programme of career talks the Circle has endorsed prizes awarded to the scholars who have shown improvement in various fields throughout the school term. It is hoped these prizes will entice young people to read more about their favourite subjects. Don’t miss next month’s news which will we hope show our Provincial President talking to the youngsters about careers in horticulture. All interested Brothers are welcome to join us in this exciting venture and thereby help to spread the Catenian message. You may wish to involve a school in your area? 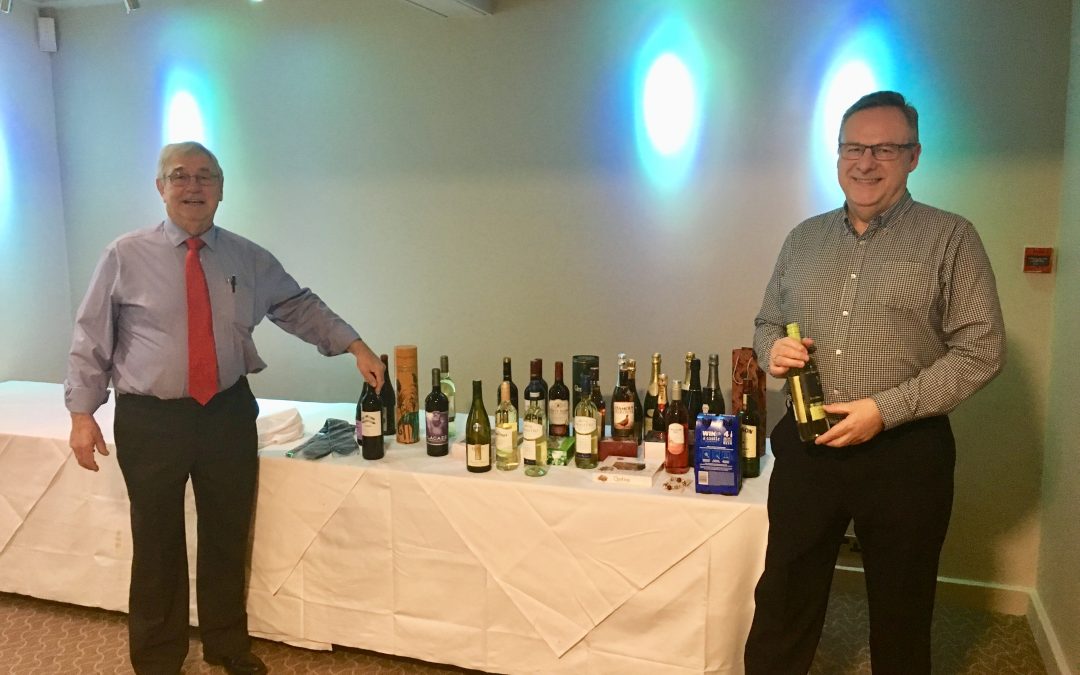 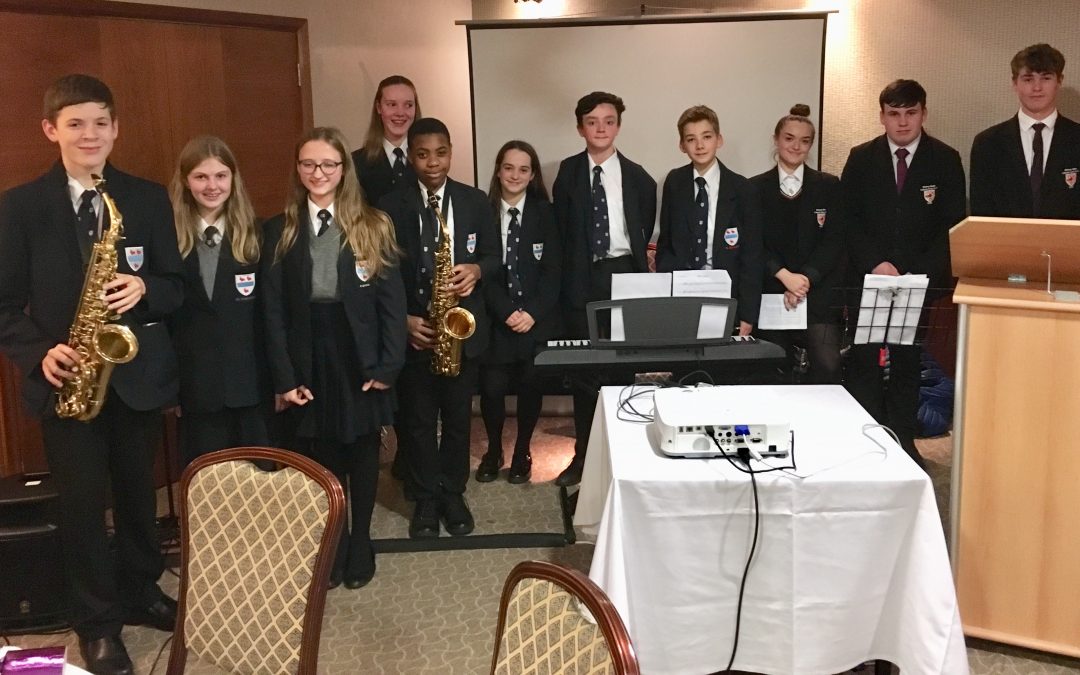 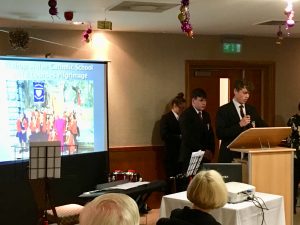 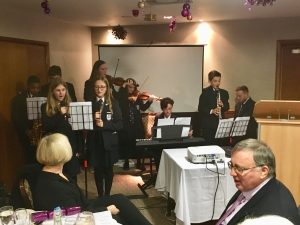 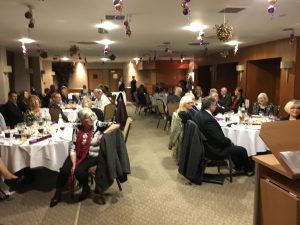 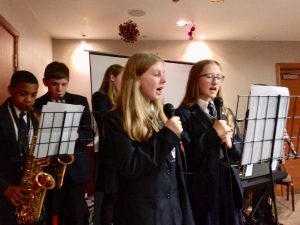 We were joined at our Christmas Party by a number of students and 4 members of staff from Bishop Walsh Catholic Secondary School, who performed a number of carols as well as giving a presentation about their experiences at this year’s Diocesan Pilgrimage to Lourdes.
3 students spoke eloquently about how it was a positive spiritual experience for them.
Our current Circle President, Brother Ted Riley, has nominated the Lourdes student Appeal again as one of his charities.
On the night we held a raffle for his 2 charities, which raised £125. We were also holders of the Morgan Cup following a recent raid on Shrewsbury Circle, and raised £35 on the night. It was then successfully claimed by Brothers from Malvern Circle.
Brother Martin Jackson – Circle Membership & Publicity Officer
Next Entries »