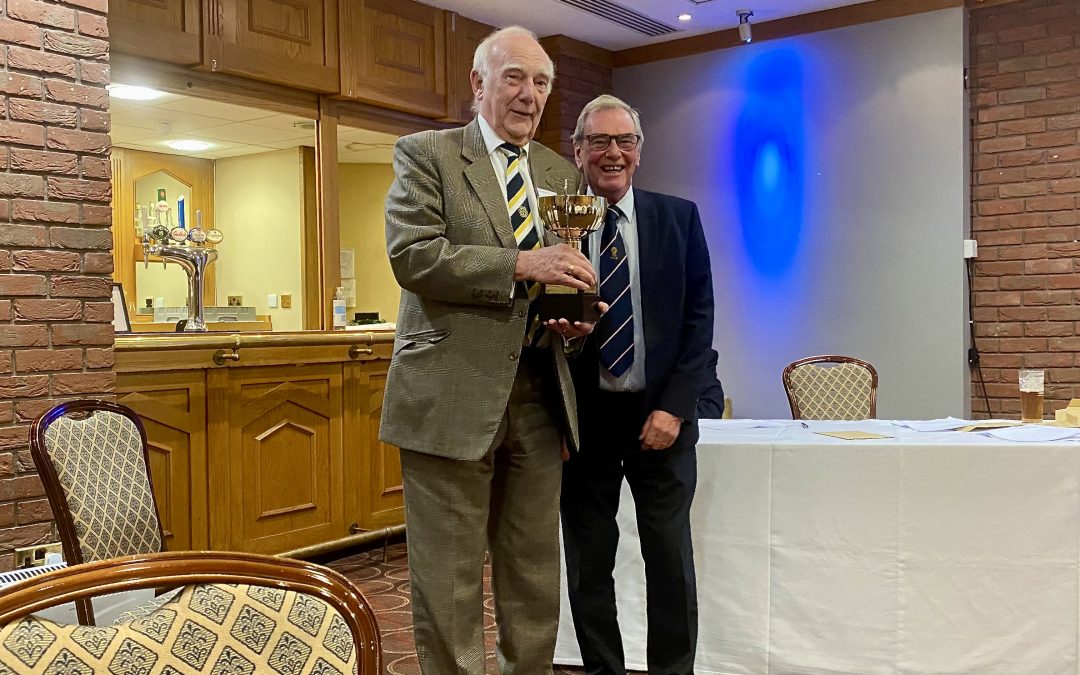 After the four “official” candidates had done their stuff, several members of the audience had a go, just for fun. Fortunately, none of them beat Bernard’s score, though a couple did come close.

Congratulations to Brother Bernard and to Redditch Circle for their hospitality and impressive organisation. 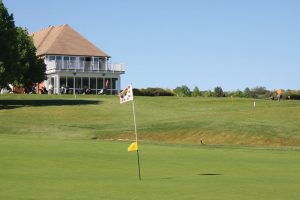 All change at the Vale of Evesham

Vale of Evesham Circle has decided to move its November, January, February and March meetings to the second Wednesday of the month, starting at 12 noon. In this way, they and their visitors will avoid the dark Winter evenings and all that they entail.

Our April meeting will revert to the fourth Monday, starting at 7.15 pm.

We hope these changes will encourage you to visit us over the next few months! 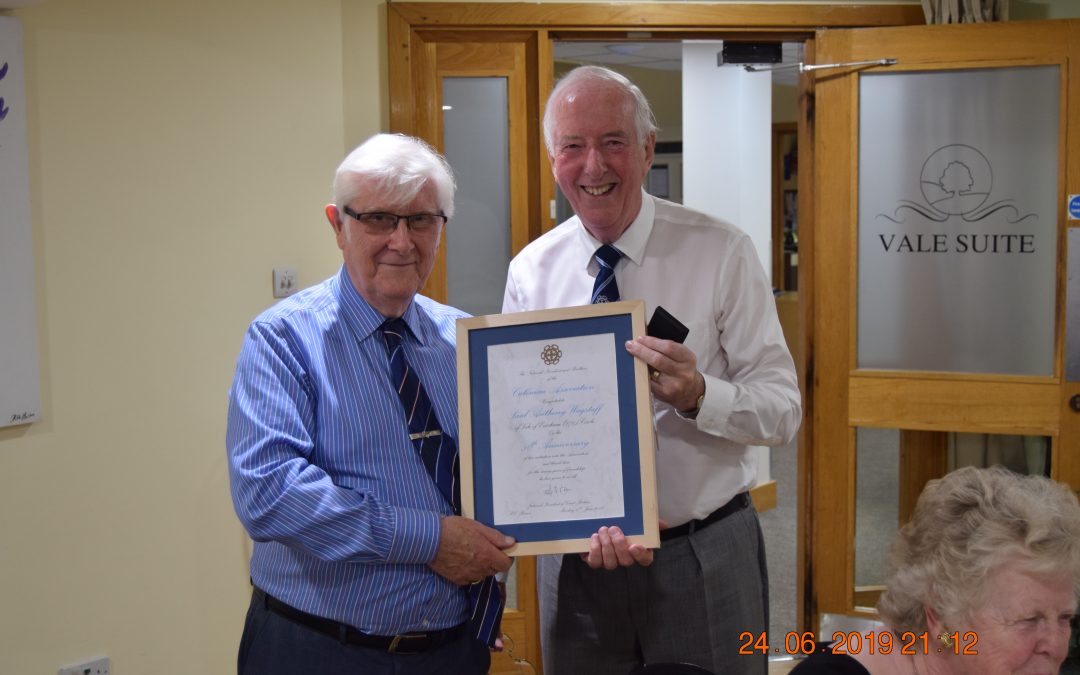 Brother Director John Minister presented Brother Paul Wagstaff with his 50 year Certificate at the dinner following our June Meeting in the presence of 42 Brothers and Wives. 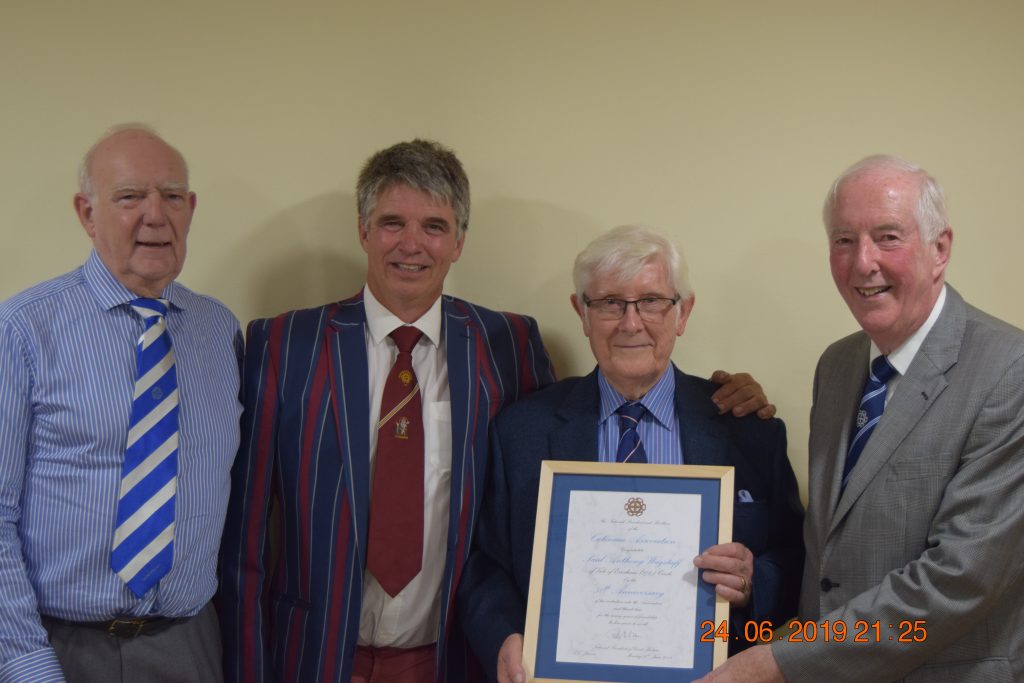 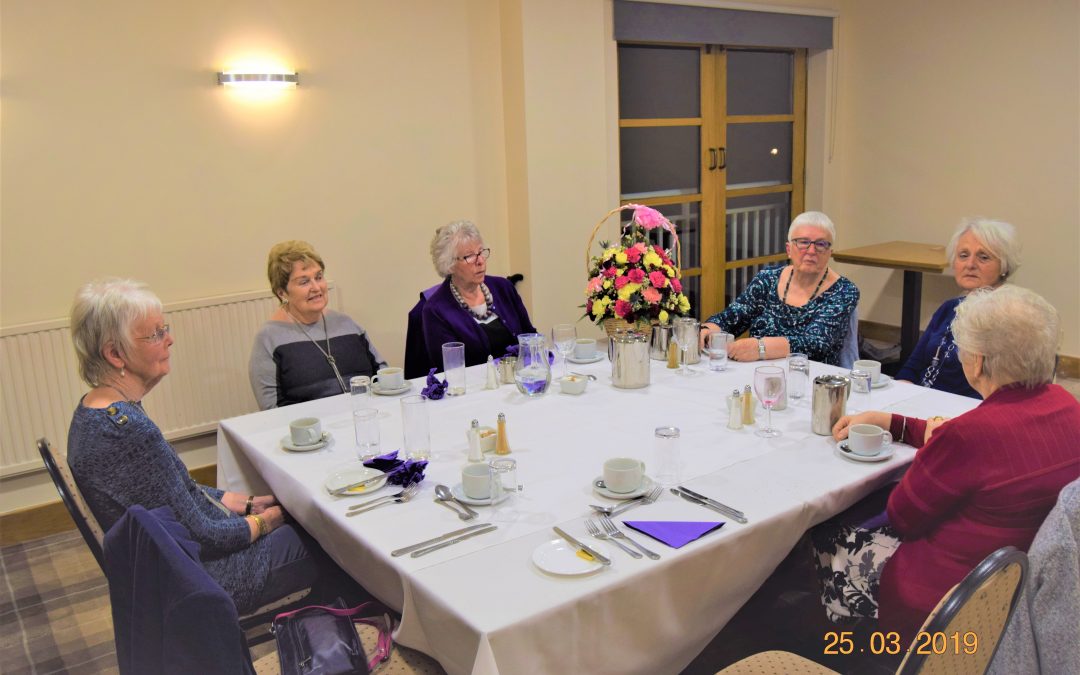 Flowers for the President’s Lady

Mary Neale’s flowers being admired by a number of the Circle’s Ladies following the March Meeting. The flowers were presented to Mary by the Circle as a small thankyou for her support during John’s year as President. 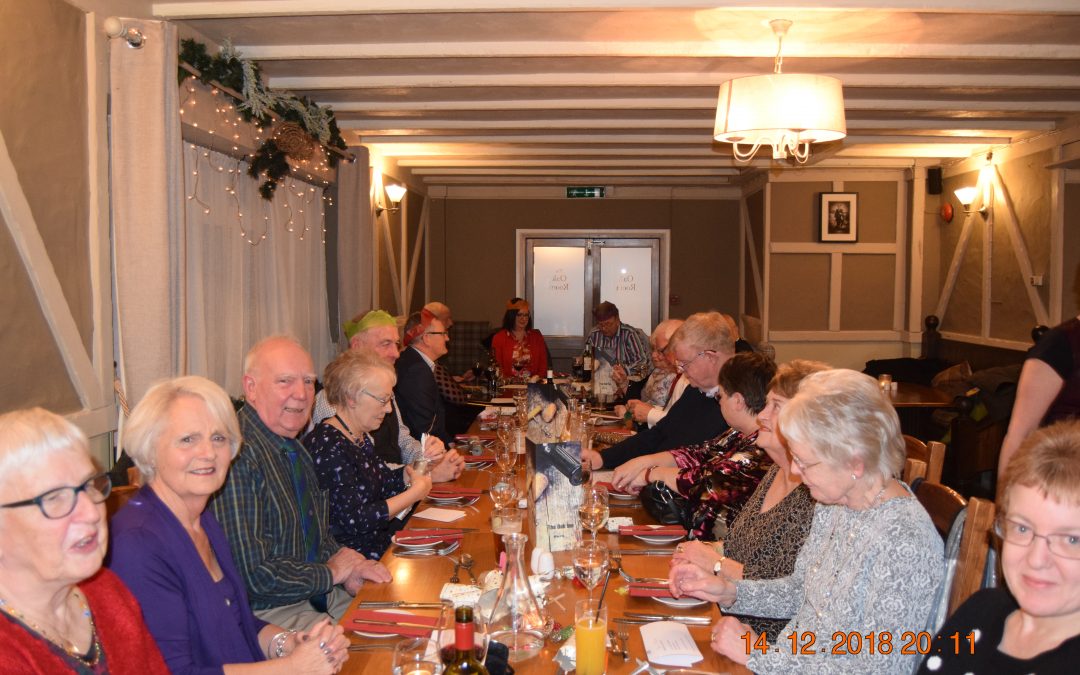 Christmas at the Vale

As ever events at the Vale always seem to involve enjoying a meal in convivial company and Christmas is no exception. This year the Circle Christmas Party was held at the Oak in at Defford and we welcomed Joseph and Denise Cottriall and Bill and Anne Adams from Stratford upon Avon Circle who joined us for the evening. A good time was had by all. We are looking forward to enjoying another breakfast at the Twisted Spoon Restaurant in Upton Snodsbury early in the New Year.

We also have our Past Presidents’ evening at our January meeting where we thank them for their contributions to the Circle’s life over the past years. 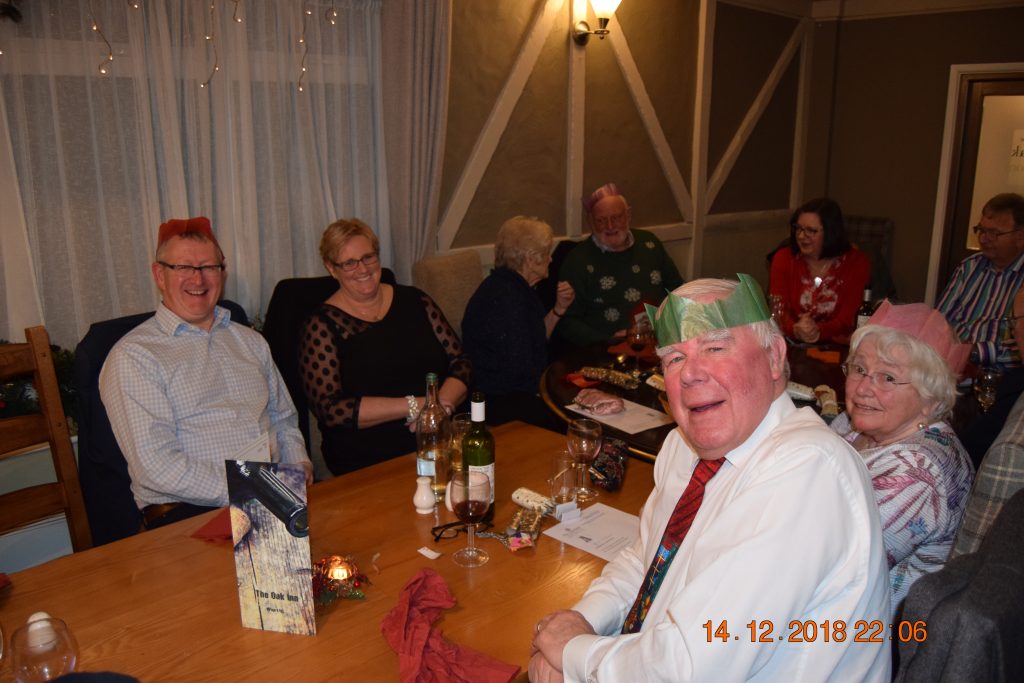 Our visitors from Stratford who are obviously in a very happy mood. 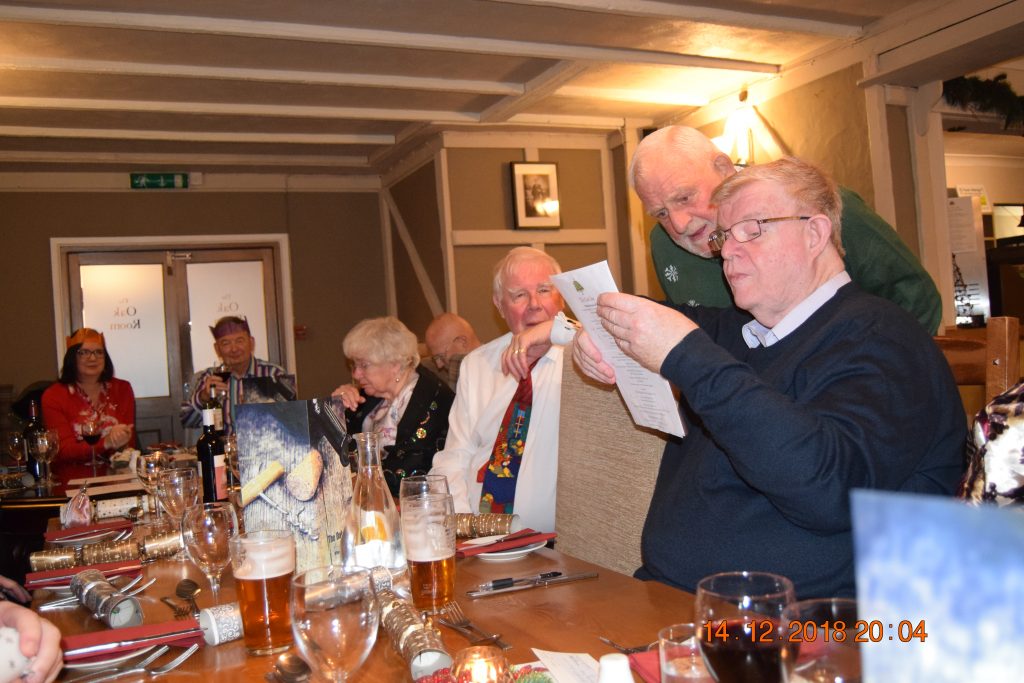 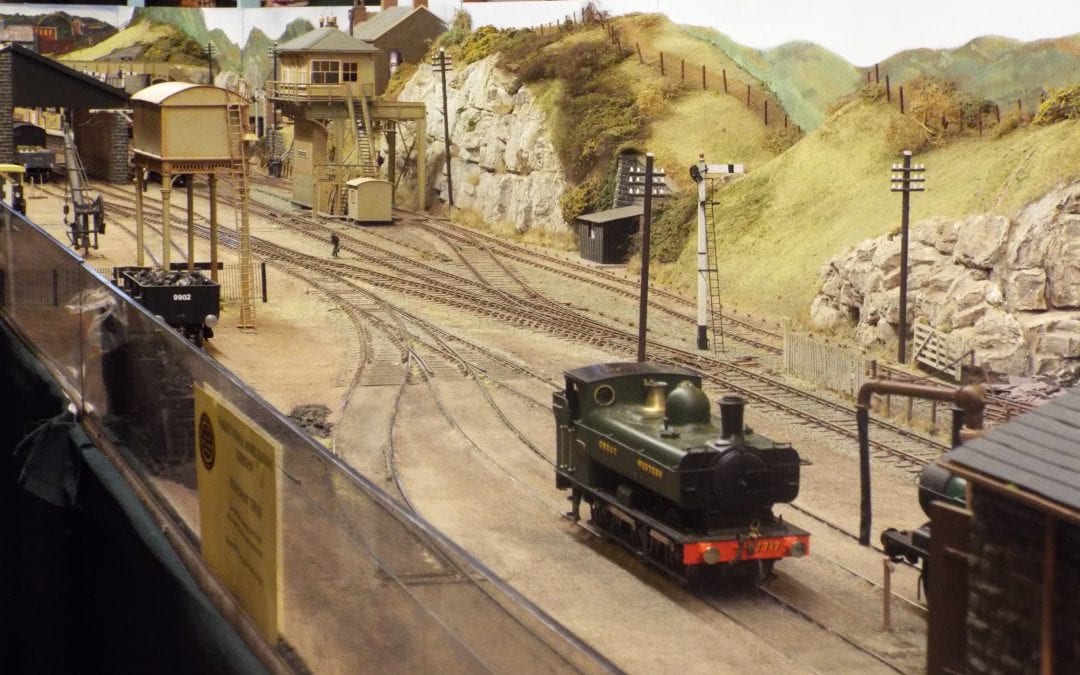 Model Railways at the NEC

Three members of the Vale of Evesham Circle, accompanied by one grandson, visited the 2018 Warley Model Railway Exhibition at the National Exhibition Centre on Saturday 24 November. “Warley” is the largest model railway exhibition in the UK and, judging by the crowds this year, is likely to remain so. Around 90 layouts of all shapes and sizes — and gauges — were on display, along with quite a number of examples of the “real thing”. This year, children accompanied by an adult could get in for £1, so there was no shortage of younger enthusiasts. An astonishing range of technologies was in evidence, from traditional analogue to cutting-edge digital — though it was reassuring to encounter quite a few “technical hitches” as we went around.

It has been my experience that most Catenian Circles can boast at least one model railway enthusiast, and I have often thought that there would be a strong case for forming a Catenian model railway section, along the lines of the golfers and caravaners. Now, that would be a talking point at Conference…