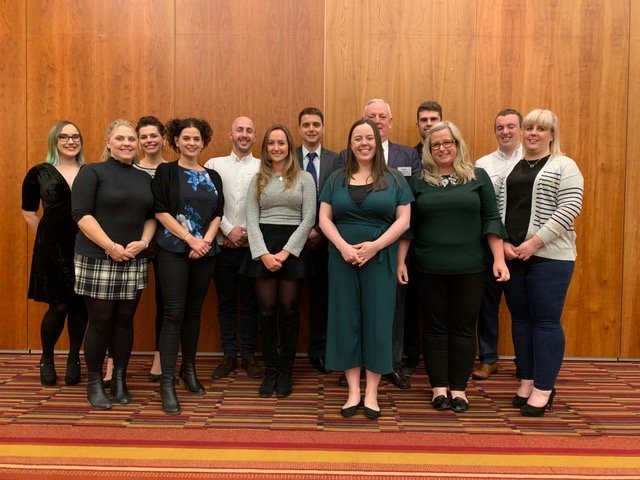 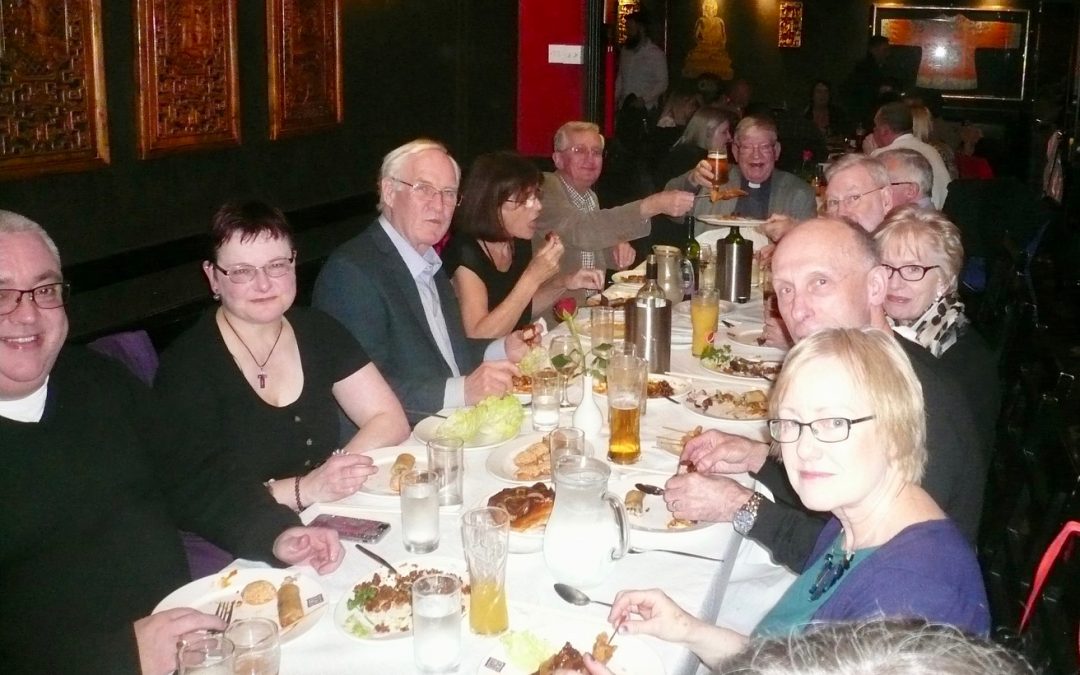 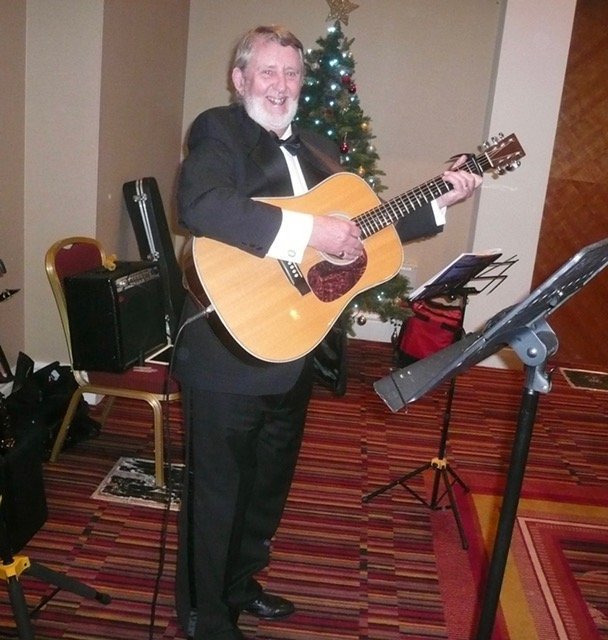 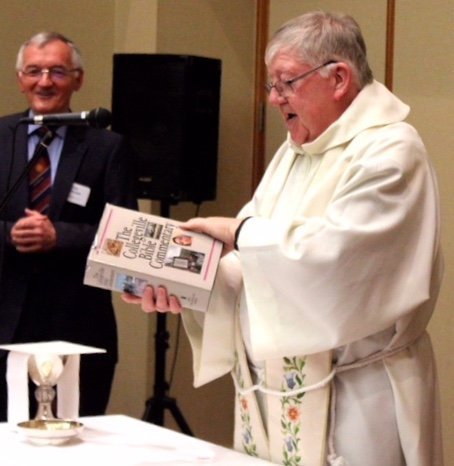 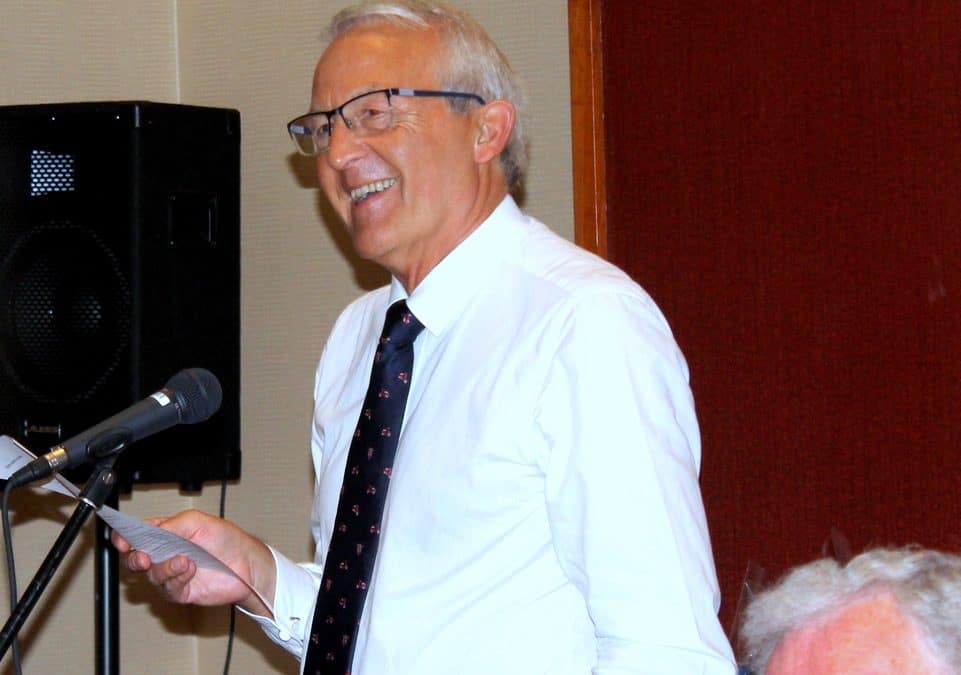 A great gathering of Brothers and their wives, distinguished guests and visiting Brothers from 14 other Circles took place on Thursday 7 June at Chesford Grange Hotel near Kenilworth to celebrate Leamington Spa Circle’s 800th meeting and 67 years of existence since their inauguration in 1951 as a daughter Circle of Coventry Circle.. Guests of honour were GB National President John Hogan and wife Pauline and Province 6 President Danny McAree and his wife Marie. Also in attendance were 5 Provincial Councillors and Presidents from Coventry, Solihull, Birmingham, Kidderminster, North Warwickshire and Stratford-upon-Avon Circles. 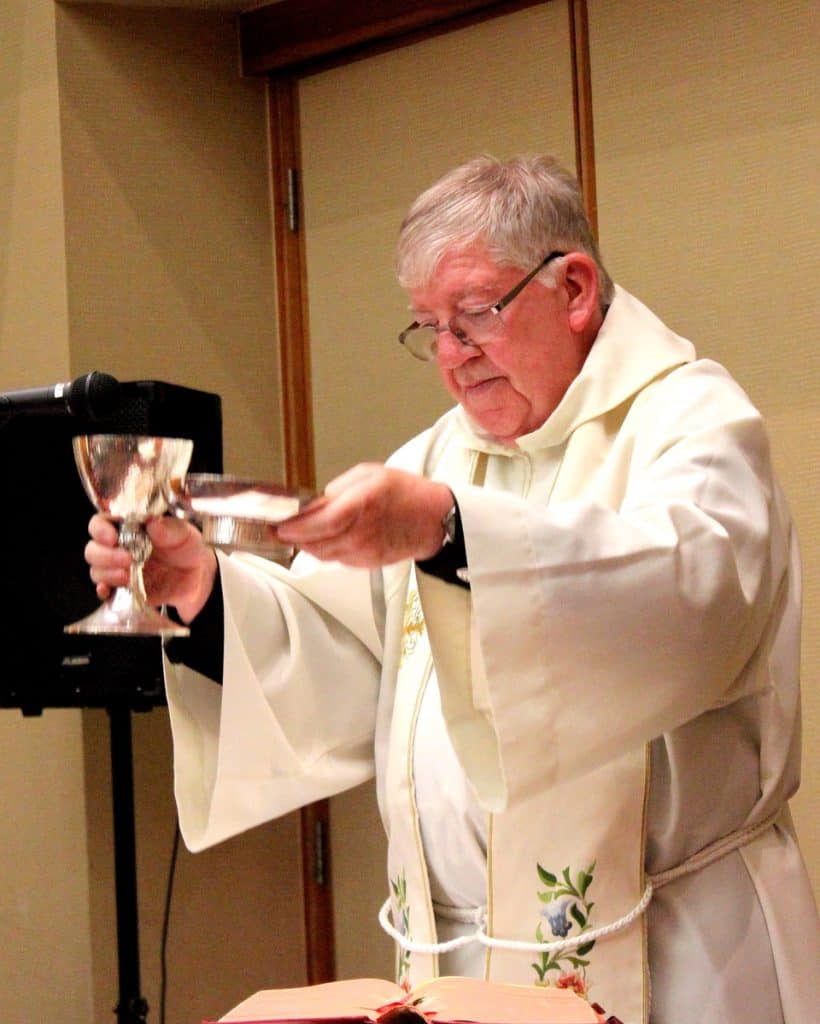 This splendid evening commenced with a Mass of Thanksgiving celebrated by Fr Christopher Greaney who has a long standing connection with the Catenian Association. Indeed he was once a member of Leamington Circle which he joined when he became the Deputy Head of Arnold Lodge School before going to Rome to train for the priesthood. He was eventually ordained at St Peter’s Church in Leamington Spa. Fr Chris praised the work of the Catenian Association and Leamington Circle in particular and used Jesus’ command from St John’s Gospel, “Love one another as I have loved you.” as the theme of his sermon, referring to our ethos of faith, friendship, family and outreach to the poor and needy. 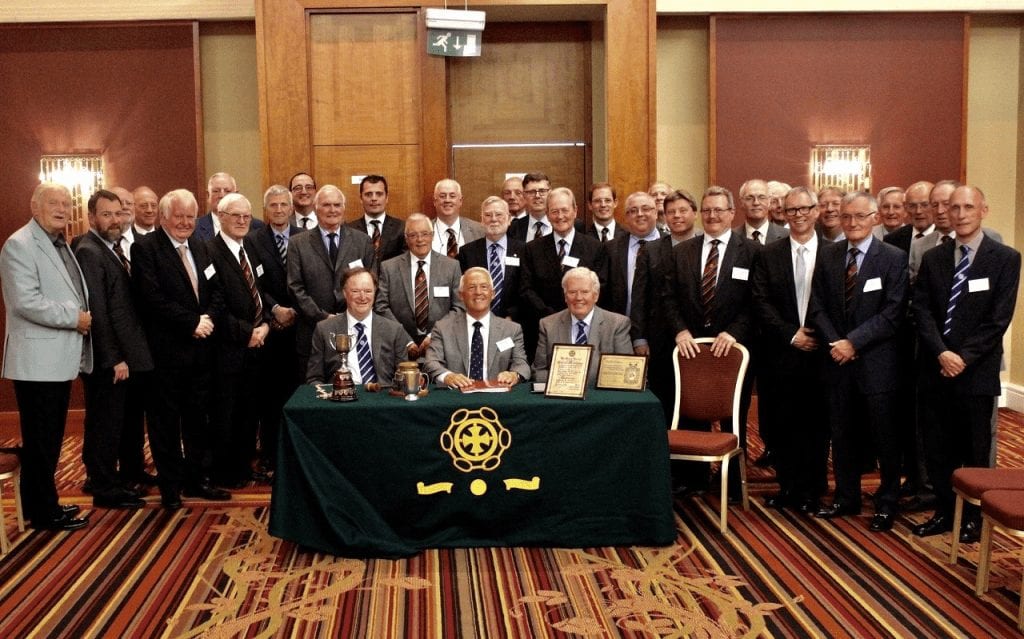 After Mass the ladies withdrew to the bar for some liquid refreshment and conversation whilst the Brothers held a shortish formal meeting. Then the Leamington Brothers posed for their formal commemorative photograph (above) with twice-President Alfonso Pacitti seated centre, flanked by GB National President John Hogan  (L) and Provincial President Danny McAree (R) Thanks are due to Brother Harold Hands, Provincial Press & Publicity Officer. for taking most of the photographs during the evening and all our Circle Brothers who worked so hard behind the scenes to make this evening run so smoothly..Then close on 140 people sat down to enjoy an excellent meal and a very convivial evening. On this occasion the hotel is to be commended on its food, organisation and service too.

The speeches then followed, being mostly light hearted and funny, as typified the relaxed atmosphere of the night. Brother President Alfonso warmly welcomed all the guests,”You are all our distinguished visitors tonight” he said, but special mention was made of widow Barbara Cox whose father Bob Monk was the Circle’s first President back in 1951. A special thank you was also given to Fr Chris for celebrating the Mass, congratulating him on his Jubilee Year as a priest, having been ordained in 1993. 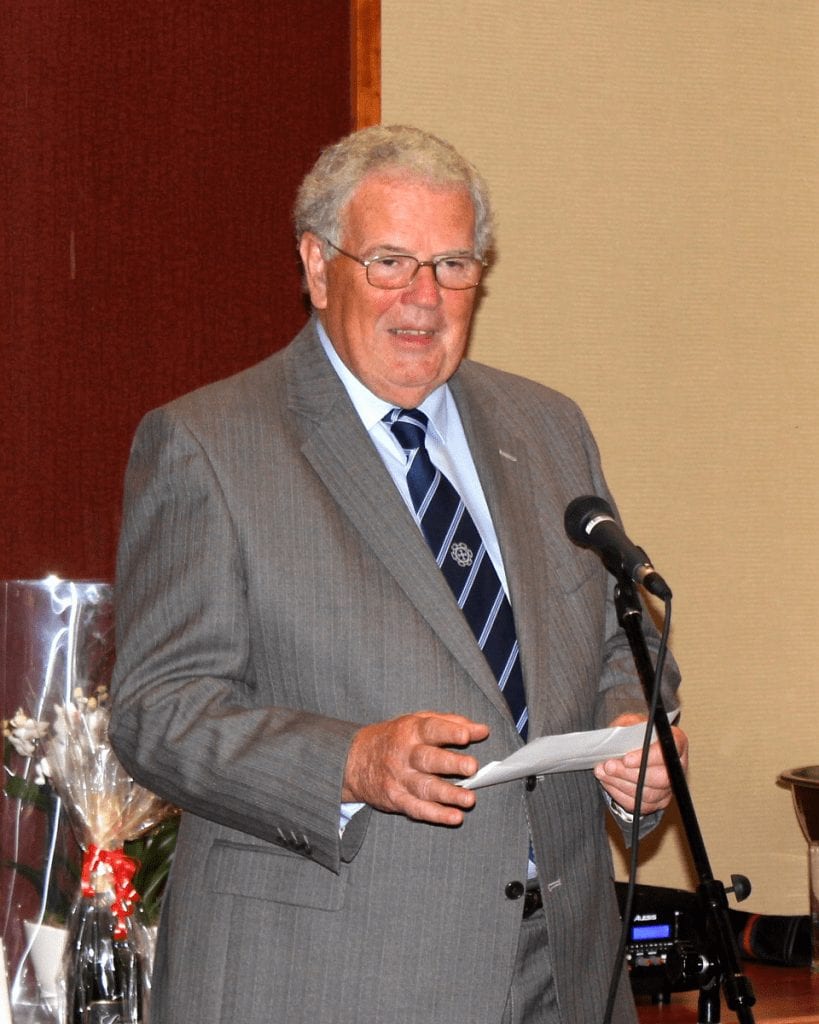 Brother Provincial President Danny McAree and Brother GB National President John Hogan then stepped up to the microphone in turn. Both had everyone laughing at various times and both praised the Leamington Circle for its continued strength and activities, it being probably the largest Circle in one of the largest Provinces in the country. Danny rather liked the continuity links between today’s membership and that of 1951, citing the late Brother Bernard Mayman who was a founder member and twice President and his son Paul today who has also been President twice. He reminded everyone that the circle had provided 2 Grand Presidents for the Association in the late John Bowen and Patrick Stevens. 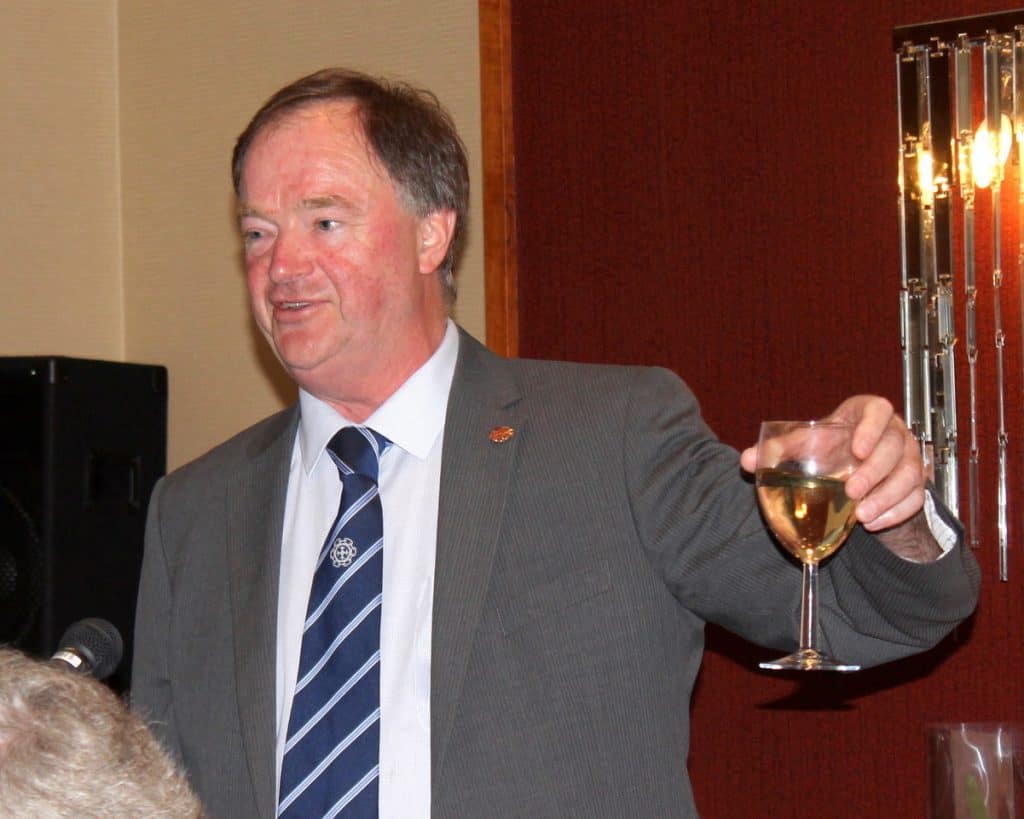 GB National President John reiterated Danny’s points and, as in his speech at the Telford Conference, he urged Brothers not to be complacent but to be ever watchful for ways to move the Association and individual Circles forward in today’s world, not always in big sweeping gestures but in many small but significant ways. He then had the pleasure of presenting Brother Dermot Hurley with his scroll celebrating 40 years membership of the Association (below). Brother Dermot was twice President of Leamington Circle in 1979/80 and again in 2001/2. When I asked him for any of the interesting memories he had, he laughed, saying that would be a bit like writing his own obituary! 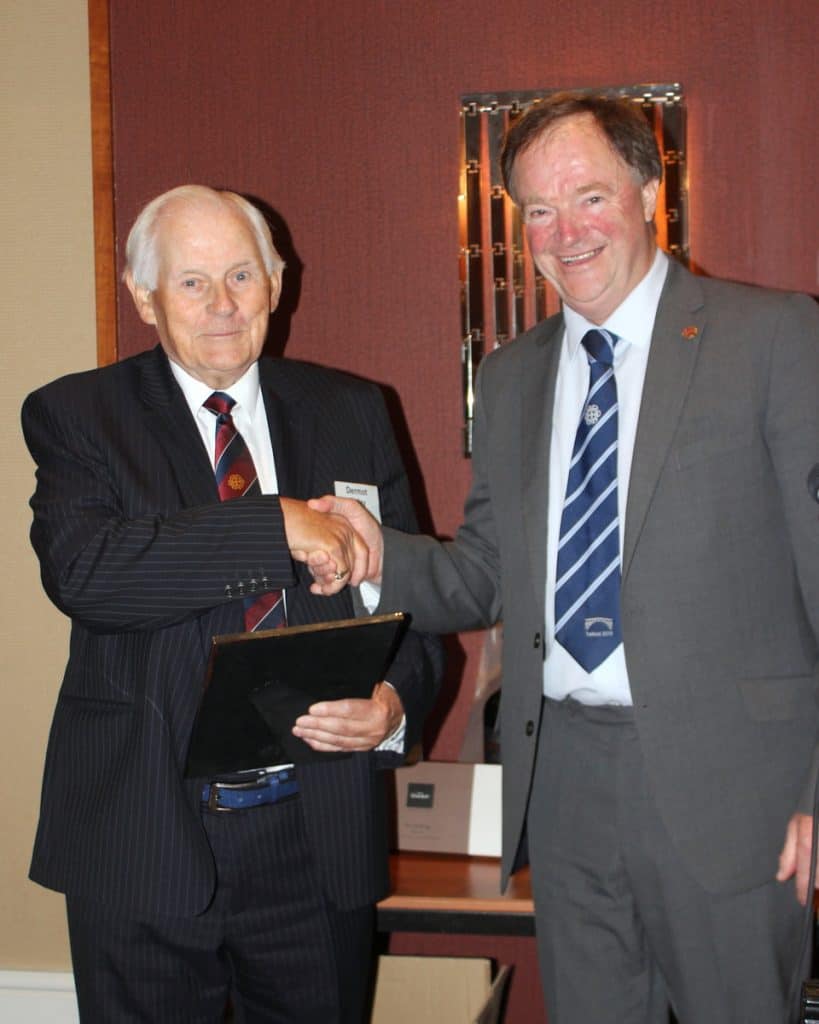 This very enjoyable evening was rounded off with a raffle with “luxury” prizes that raised the princely sum of £670 for President Alfonso’s chosen charity, The Jesuit Refugee Services. 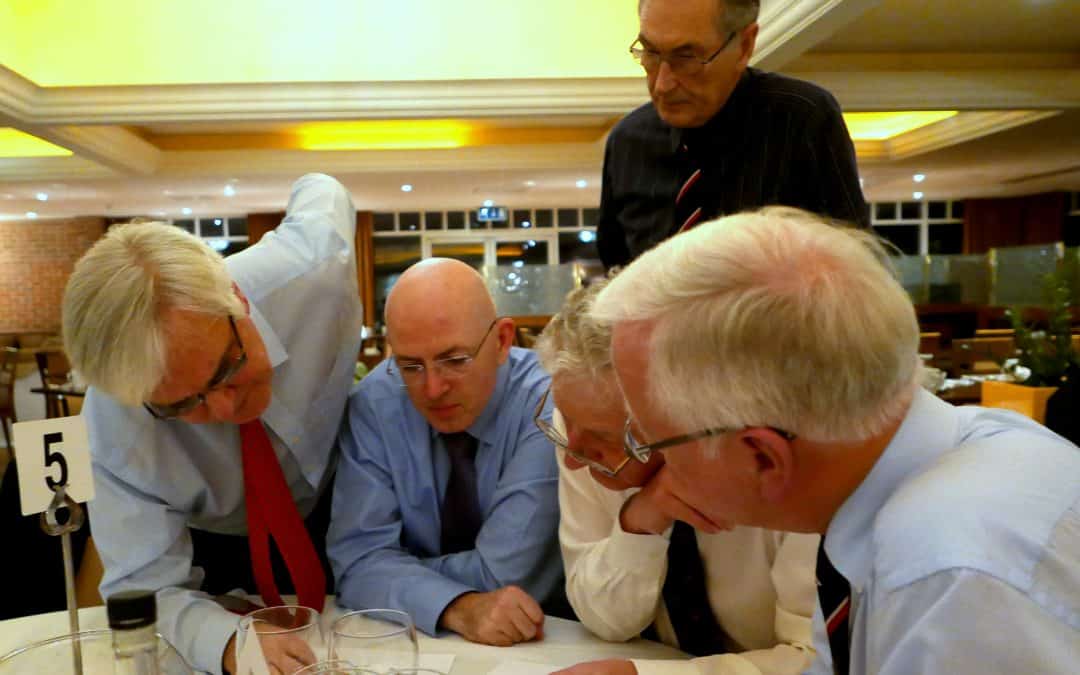 January is the traditional time for holding the 5 Circles Quiz which involves teams from Coventry, Kenilworth, Leamington Spa, North Warwickshire and Rugby Circles.

This year it was Kenilworth Circle’s turn to host the annual quiz at Chesford Grange but it was Leamington Spa Circle who ran out winners on their home soil! Leamington Circle now also meet at Chesford.

The quiz was contested closely, with Leamington Spa and Rugby Circles in joint second place after 5 rounds, leaving just the anagram round to separate the two teams. It was Leamington Spa that had the upper hand in the final round and pipped Rugby Circle by 2 points! Kenilworth finished in 3rd place.

City of Coventry Circle led by President Tony Cawley were the wooden spoonists!