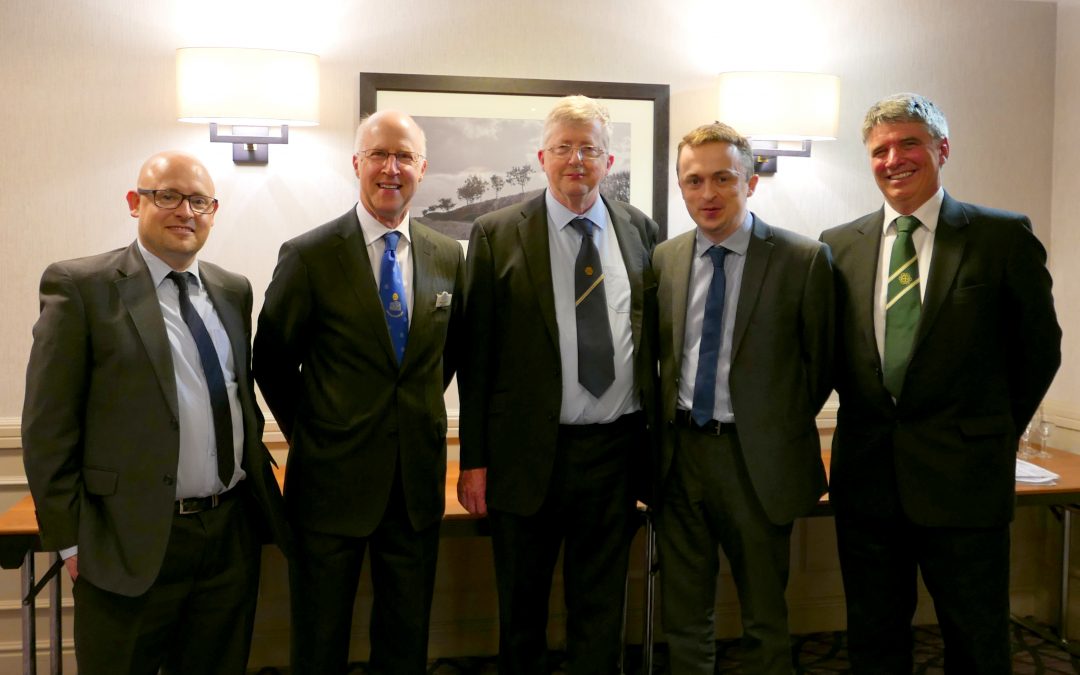 Newly installed President Bernard Baxter was delighted enroll a new brother at Kenilworth Circle on his first night as President. 35 year old Rob Swift from Nuneaton was enrolled at last nights meeting with dad Ian from Leicester South Circle in attendance. Rob is a 4th generation Catenian from the Swift family which is some achievement for the family. Rob’s brother James is also a member of Leicester South. Rob works in IT and is married with 2 young children. Ciaran’s brother Damien joined the Circle in February.