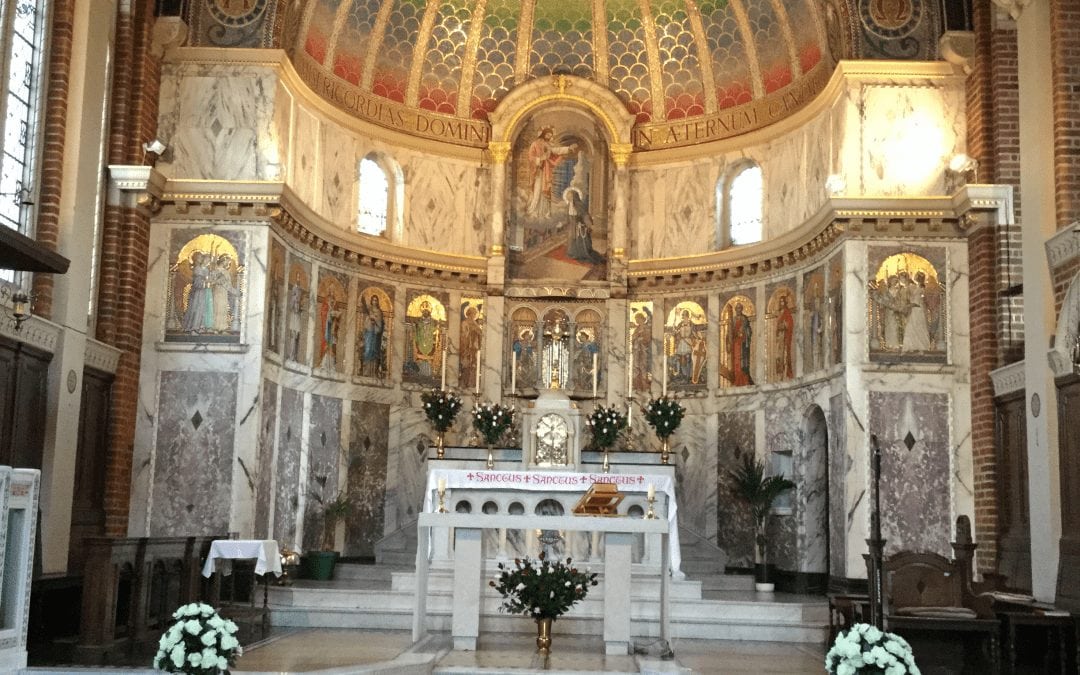 The church of the Sacred Heart and St Margaret Mary, situated in Prestbury Road, Aston, Birmingham  has recently seen extensive roof and renovation work undertaken on the church completed, totalling just under half a million pounds. To mark the completion, a special Thanksgiving Mass will be held on  Sunday 14 January 2018 at 11-00am. The main celebrant will be his Grace, the Archbishop of Birmingham, the Most Reverend Bernard Longley. The church, built in 1922, has a Catenian connection: the architect was our late Brother George Bernard Cox, a member of City of Birmingham (64) Circle and its President in 1924/25. The church community would like to invite anyone, including Catenians, who have had a connection with the church — perhaps being  baptised or married at the church, or a former parishioner — to join them at his special celebration. After the Mass, there will be a buffet and an exhibition at the Sacred Heart School in Earlsbury Gardens, Birchfield, Birmingham.

The church is a grade II listed building and the interior has an extraordinarily lavish decorative scheme which incorporates extensive mosaic work over the sanctuary. It is considered to be one of the finest churches in the  Archdiocese of Birmingham.

The church looks forward to seeing any Catenians who may have been connected with the church on Sunday 14 January .